What businesses need to know about cybersecurity. 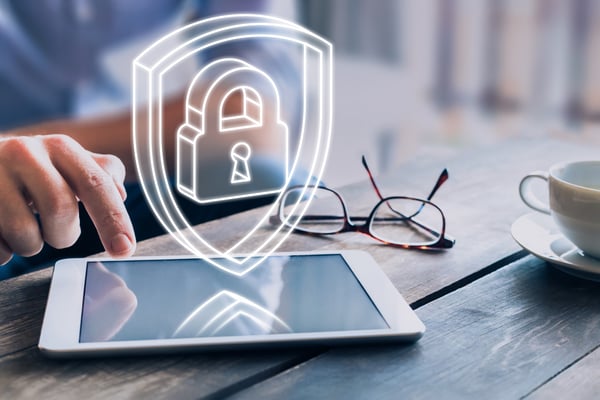 Today, the internet is inextricably woven into running a business. From email to eCommerce and banking to ordering supplies, we depend on the web practically 24/7. It’s an essential tool — and like all tools, we need to understand how to use it safely. In our desire to add value to every facet of your business, today we’re taking a quick look at cybersecurity.

As defined by leading cybersecurity company Norton, cybersecurity is the state or process of protecting and recovering networks, devices, and programs from any type of cyberattack.

Businesses are at risk of cyberattacks every single day. Cyberattacks happen faster than cybersecurity personnel can prevent. That alone is a scary thought!

According to Norton, there are three main types of cybersecurity breaches.

Everyone is at risk.

You’re already a victim of cyberattacks

If you use the internet, there’s a great chance you’re already a victim of a cyberattack, whether you’re aware of it or not. To give you an idea, here’s a sampling (because  the actual list of cyberattacks is incredibly large) of recent cyberattacks that made the news:

Small companies are victims of cyberattacks

Shockingly, while large corporations are certainly targets, 43% of cyberattacks target small and medium-sized businesses, according to SCORE. And around 113,000 emails received in 2017 contained malware — many of them macros embedded into email attachments.

Government is a victim of cyberattacks

While scary to many, the fact is that the government is at as much risk (if not more) as businesses.  The government is aware of this issue, and Trump recently signed an executive order to increase cybersecurity at the federal level, providing employees better access to cybersecurity skills training to identify the most skilled workers and helping advance careers.

However, the lack of cybersecurity talent compared to the number of open cybersecurity positions still leaves the government and every business at risk.  The recent 2019 Verizon Data Breach Investigations Report reported 23,399 cyberattacks in Public Administration, with 330 of those incidents resulting in confirmed data disclosure.

There aren’t enough people to protect us

Cyberattacks continue to rise at a rapid rate, yet the workforce to provide cybersecurity is greatly lacking. While the risks of cyberattacks grow, there’s a huge lack of talent to fill positions. It’s predicted that there will be 3.5 million positions open for cybersecurity jobs in the USA by 2021.

Here’s how best to protect yourself